What has happened to the U.S. Open, in Marion, OH 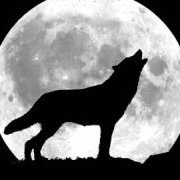 "St Joe's vs NY Kingsmen 1967": CorpsReps has Kingsmen winning over St Joseph's at Blue Rocks show in late May of 1967. Kingsmen appeared to be on atear for the first few weeks of that season winnin

Essentially there were never any recordings done at the '72 U.S. Open. Fleetwood lost control once DCI came into play. And since 6 of the original 13 DCI charter member corps were at the '72 U.S.