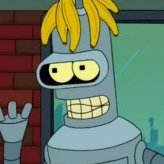 Whwn are the judges going to give the Sunrisers a score that is right for the show they are performing, only going up 1 point in 2 weeks is bull sh***.

Show a little respect and use their actual name, Cadets2. Or with your caps-locked keyboard, CADETS2.