Which drum corps cuts vets most often during tryouts? 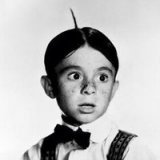 I would submit that if a multi-year vet comes to auditions and rehearsals unprepared, then they are not being very "loyal" to their corps to begin with

Anyone who plays or tosses knows that, if you take several months off, you get rusty, and obviously auditions are no time to be rusty. While I appreciate the tone, and especially at a corps that has

It's also very likely that they were cut for other reasons than playing or marching ability. In fact, I'd almost bet on it.