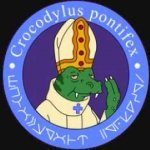 And cavies jumping up like that is nice!!! Very proud of the green machine tonight!

I have had my tickets for a month now; very much looking forward to the show. I attended BD Family Night and liked what I was seeing and hearing from BD. Eager to see how the show comes across now tha

Posted a review over in the review forum, but might as well chime in. caliswift - i am pretty much with you on all counts, save for the Open corps. I actually preferred SCVC to BDB. Other than that