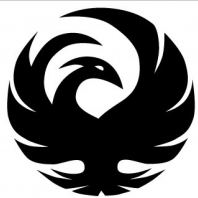 No offense but Crown fans are the most deluded people in drum corps. I've noticed this not just on DCP, but on periscope, Facebook, Twitter, you name it. If Crown isn't winning, the judges are wrong.

Just back from the show. The placements are just as I had them although I would have had a larger margin between Cadets and Blue Devils with Bluecoats closer to 2nd. A few thoughts on tonights show:

Ahh this is fantastic. Almost as deep as what I think about when I'm sitting on the toilet.