The Academy 2016 - The Drum Corpse Bride

By DrumManTx,
May 6, 2016 in DCI World Class Corps Discussions

Sorry you didn't catch the bouquet. 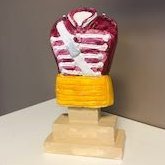 I saw the Allentown show the other night. I have to say that in the 35 years I've been following DCI, I've never enjoyed a show (that's likely to place 11/12) this much. There's a lesson to learn here