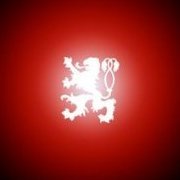 The one constant with the top three this year - none of them had major show changes all season long. They all added a bit to the end, but for the most part the shows in August stayed true ti what they