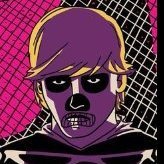 The best version of "Fanfare For The New" was the 1979 Guardsmen. GREAT hornline with charts from Tim Salzmen and great drum charts by Jim Campbell. https://video.search.yahoo.com/yhs/search;_ylt

Gail Royer always said his favorite show was the 1968 Chicago Royalaires.  I could never find either audio or video of that show. I'd like to see live any show that impressed that arranging wizar