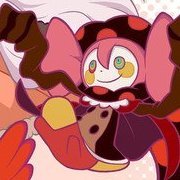 So... got to hang out with Crown last night at Gee Dub. Without giving too much away, they have about 9.5 mins on the field. The corps did production run throughs last night before doing a run. My ove

Run through last night was the first eight and a half minutes (through "If I Fell").  Drum line is intense! I am not a percussionist, but I really dig what they are doing this year (Battery &