What they did musically in 2017 which was an evolution of the prior four seasons was what I personally would love to see as the future of the activity musically.   Pure and INCREDIBLY dynamic brass th 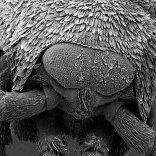 Would love to see Blue Knights push past 6th. That's been the ceiling for them so far, but they have the talent to push them further. They have an identity that no one else has come close to copying.

They’re being super secretive this year, but I’ve heard small clips- Yea agreed, the Radiohead stuff is epic!! Great rep, BK and Bocook is such an amazing fit, he’s been such a big blessing for t