1. 2015 - Kinetic Noise My hands-down favorite show of all time. It has everything I could ever want. It makes me bob my head. The ballad is gorgeous. There's a stereo contra feature. I'm sold. 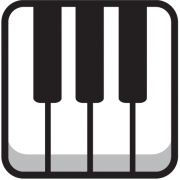 The shows were watchable, enjoyable, exciting, and performed with verve, intensity, and sincerity. Of course they deserve to be well thought of and still very respected.