Sorry to break this to you, but while DCI does have a rule, the enforcement is not spelled out in said rule.  That is left to the discretion of the DCI office staff (or as you would say, made up on th

Agree with this 100% I have said this before, and will say it again - If you are really upset with the handling of these serious issues by DCI and the corps directly in some/most cases, then stop 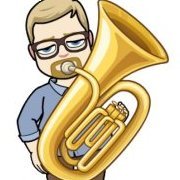 I'm out. Done, (at least) until there's a new CEO for DCI. I canceled my Flo account. I purchased tickets to two shows in 2019 from DCI's website. I'm now looking into how to request a refun