If the DCI organization went away??? 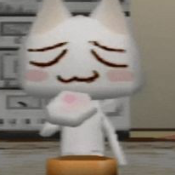 i am not white and trans, i did not feel safe going to the police in the states these incidents occurred in, especially in a corps that is mormon based and 95% white. at the end of the day, this is no

Yeah. Colossal failure in comparison to most every educational institution or church institution that I've ever been part of that's instituted actual training and reporting protocols. Distressing

or the BBA   Broadway Band Association...lol You know what you started now...lol;😁