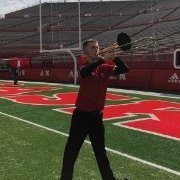 OK, I’m a Bloo honk, just in case no one noticed, and I am sick to death of hearing the poaching mantra from Crown enthusiasts. If anyone would want BAC to fail relative to their corps, you would thin

The corps ran through the Opener for their show this weekend. I think Mike Jackson is taking after Thom Hannum really well with writing for Crown. The beginning with the front ensemble and battery was

Reads like sour grapes to me.  People change jobs all the time and many times go to the competition.  Sport coach's bounce around all the time and bring their style of play with them.  They bring some