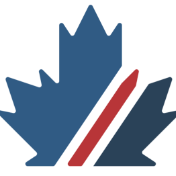 Feh. You probably know about 24 of us who have both of those recordings from Ken. :P (I also HAD a copy of Ken's recording of Madison's ill-fated early-season show from '76; mercifully for all Mad