Drum Corps at the Movies 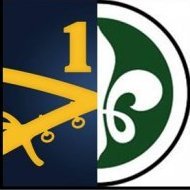 Driving from Casper, WY to Fort Collins, CO. Not a single theater in Wyoming carries it. Six hours round trip. I'm such a nerd.

Yes, 1989 was 1989. 6 or 7 years prior to that, they were hardly doing curvilinear drill...Dvorak's New World Symphony hadn't been rehashed umpteen million different times prior to that, like it has i